How to advance low-latency Internet

The recently-finished RITE project has released a video containing recommendations for ISPs and vendor decision makers. The video points at available technologies that should be enabled to move Internet development in a low-latency direction.

Per Hurtig and Andreas Petlund presented some of the RITE prototypes that has been implemented in the Linux kernel at Linux Conference Europe 6.10.2015. LinuxCon Europe 2015 had 1484 registered attendees and gathers core competence from the open source community, both developers, businesses and academics.

The slides from the presentation can be found here.

Linux networking, and especially Linux TCP has seen a lot of development recently. In RITE, one of the goals is to develop networking technology that enables lower latency transport available to the public and industry, and Linux is at the centre of this focus. Prototypes implemented in the Linux kernel includes keeping the congestion window appropriately open for bursty traffic (newCWV), Faster retransmissions for application limited flows (RTO restart and TLP restart), Redundant bundling to avoid retransmissions for thin streams and bringing hybrid delay-based congestion control to the Linux kernel for less queue buildup in bottlenecks. 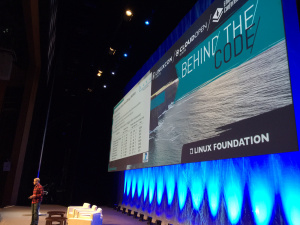 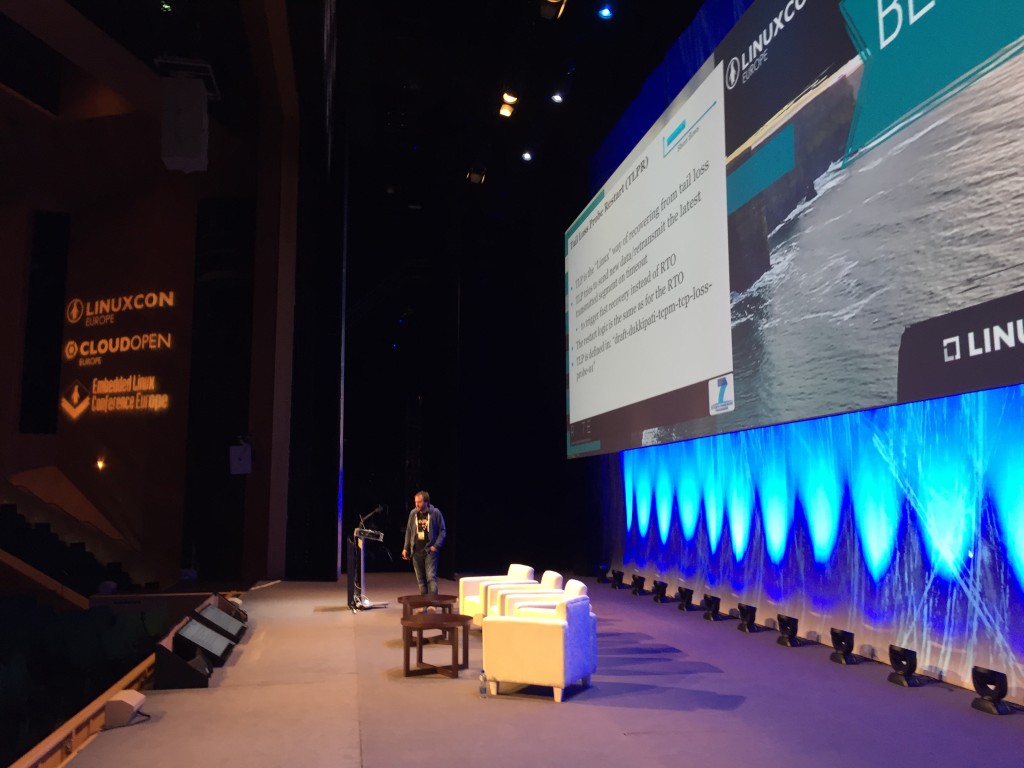 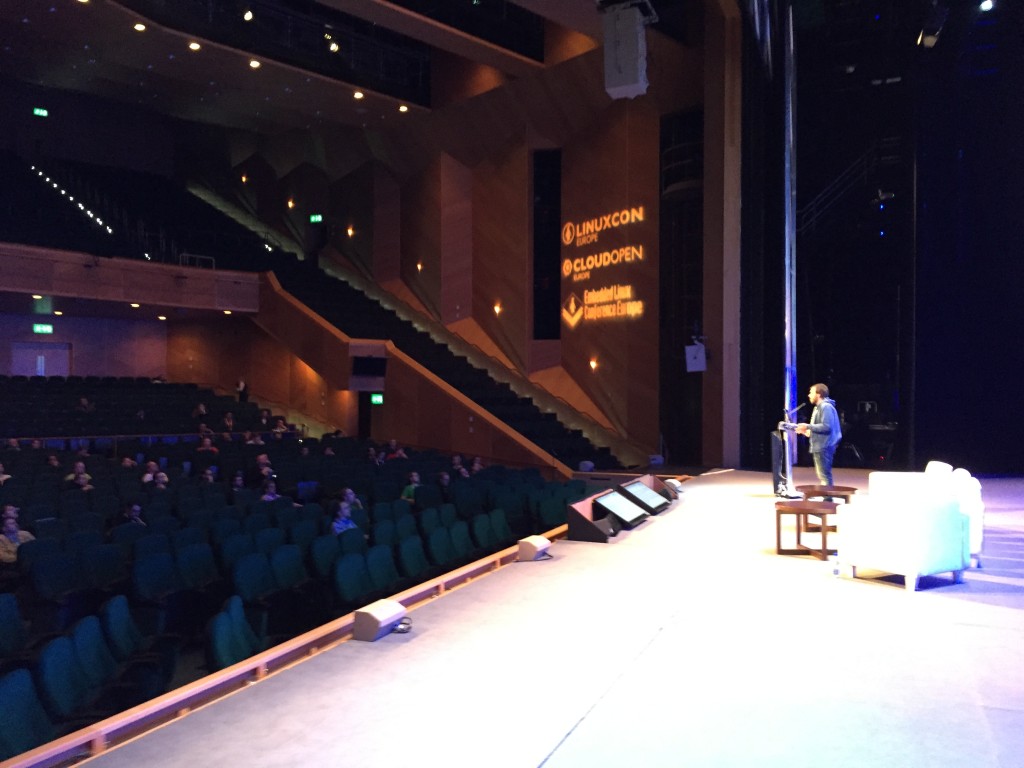 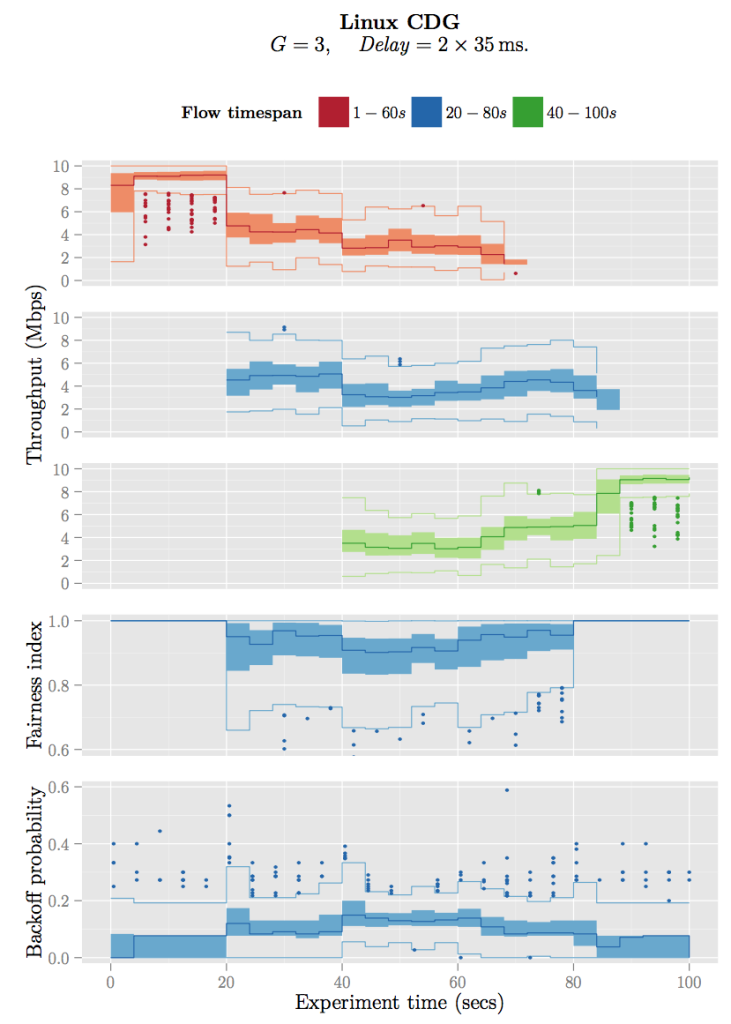 Master student Kenneth Klette Jonassen has spent his thesis exploring congestion controls for low latency and has ported the Caia Delay-Gradient (CDG) algorithm from FreeBSD to Linux. His RFC posting of the CDG code to the netdev list got a lot of attention and was featured on the LWN kernel update last week. His thesis documents significant differences between the behaviour of CDG in Linux and FreeBSD, most likely due to differences in default behaivour (like Linux implementing PRR) and the large difference in timer granularity between the two systems. Kenneth also did work where he updated and improved the Linux kernel’s RTT measurement code for SACK blocks.

Kenneth’s work is research going out to the public for further use and development. We’ll try to follow up on that!

This blogpost is a repost of my guest blog in the ISOC “Tech Matters” blog in November 2014.

The world is waking up to the need for consistent low latency on the Internet. Some people, like Stuart Cheshire of Apple, have tried for decades to make the techny when they design systems and standards. Recently, efforts like the Bufferbloat and RITE (reducing Internet transport latency) projects have been working on some of the problems that increase Internet delays. We’ve also seen great initiatives like the Internet Society Workshop on Reducing Internet Latency. Now papers are being written that urge the network community to increase its efforts to realise a near-lightspeed Internet in order to release the potential that such stable low-latency communication will give the apps of the future.

I recently got a question from a journalist when interviewed about our new video explaining sources of Internet latency: when can we have near-zero delay in the Internet? I could glean from his tone that what he hoped for was something like “next year”. I could hear his disappointment over the phone when I answered that we can make good progress within the next years, but that the big changes that would give us the Internet of our dreams could take decades.

So why is the progress towards that goal so slow?

The root lies in the distributed structure of the Internet. If we could deploy a “new” Internet tomorrow, with every component under the same all-powerful control, we would have our low-latency net immediately. The technology is there and has been for a long time.

If we discount this clean-slate utopia however, the road to low-latency happiness has obstacles related to the political, economic and technical domains.

ISPs have businesses to run and customers to keep. They’re very nervous about making changes that may scare their customers away. Since providing network services is a low-margin business, very often, any change proposed will meet strong resistance. Such fear will help maintain a status quo that keeps all the actors at the same level. If we can educate and encourage decision makers within such organisations, the chances of deployment will increase.

For the technical challenges, any solution that will drastically improve the situation has to be widely embraced by the community in order to succeed. Not only that, but it has to support incremental deployment. Some legacy equipment will lurk in the shadows waiting to break your beautifully designed algorithm for low latency communication. So to increase the chance of success, solutions should be standardised and designed with implicit incentives for people to adopt them, even though there may be a phase with sub-maximal benefits due to lack of widespread deployment. In the meantime, there are many ways to make smaller changes that have less impact, but that can still cut some milliseconds from Internet response times.

An important element for increasing the chance of success for Internet latency reduction is to raise public awareness. When the benefits are known, there should be a growing pressure on the influential players to help with the low-latency efforts. My feeling is that we’re about to reach a point where Internet latency is no longer a topic only for small groups of people with a special interest. We’re witnessing a growing interest, much due to the Bufferbloat project’s work. In RITE, we have just released an informational video aiming for raising public awareness about the topic. We’ve included educational material so that it can easily be used in IT 101 courses, allowing a new generation of technicians to be conscious of the latency aspect.

I’m an optimist about this. My hope is that the raised awareness will motivate a collective effort so that we’ll reach agreement on changes that will transform the Internet –without having to wait until 2040.

Slow Internet? -more bandwidth is not the answer

The RITE (Reducing Internet Transport Latency) EU-project has, since its start nearly two years ago, worked to reduce the delay experienced when using the Internet. The approach is to make small, smart, changes to the mechanisms that makes Internet communication work. These mechanisms were developed to maximise throughput, but delay was overlooked until recently.

One of the tasks of the RITE EU-project is to raise awareness about how to achieve faster response in the Internet and to clear up misconceptions.

A common misconception is the idea that higher bandwidth means lower delay. It may be right if you only consider the case where a large file is downloaded (the download takes less time to complete), but there’s very many cases where other measures are needed to reduce the delay. It’s not enough to just buy the highest capacity Internet connection.
To clear this up, RITE has produced a video showing some of the biggest sources of Internet delay. The video also explains the difference between delay and bandwidth.

The RITE project has made educational material to go with the video. A Kahoot! quiz that allows the students to compete, experiments that can be run from any computer and a fact sheet containing tips for how you can reduce your Internet delay is among the available resources.

You can learn more about Internet delay and read about the project on the RITE website: http://www.riteproject.eu 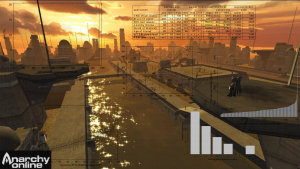 The research community needs data to analyse and understand how different networked applications behave. In cooperation with iAD-partner Funcom, we have made a server-side trace from the MMORPG “Anarchy Online” available to the public. The dataset paper is presented at the MMSYS 2012 conference that is held in Chapel Hill, North Carolina this week. END_OF_DOCUMENT_TOKEN_TO_BE_REPLACED